A few days ago I purchased a new pre-bonsai tree, an olive that is perhaps 10 or 15 years old. At this stage I simply repotted the tree into a bonsai pot, where I will leave it untouched and in the shade for several weeks in order to recover. At that point I plan on taking the tree to a local bonsai workshop where two of my many mentors, Shig Hayashi and Travis Goldtstein, can help me decide upon an initial styling. Every bonsai tree should have a "front," which so far is difficult to determine because several sides have both problems and attributes.

Olives are hearty and easy to care for, and I like them because they combine my fondness for Asian aesthetics with my Italian heritage. This tree was especially healthy and vigorous, with a well-developed root system and lush foliage. I purchased this olive because it has a wide, gnarled trunk and an extensive root system (nebari). It is too tall at this point, however--with an abrupt an unattractive taper in the trunk--and I think it would make a better bonsai by cutting it much shorter in the squat, sumo style. I include a first photo of this tree below, and will update it with more photos as the tree progresses in the future.

The second photo of this tree shows what I did after speaking with a number of my mentors. A consensus was not reached regarding how this tree should be styled, so I decided to make it a squat little "sumo." As you can see it has been cut way back; a smaller branch has been wired upright to form a new apex, and two main lower branches have been wired more horizontally. An upper branch near the top center of the tree has been removed, because it was too larger than some of the lower branches (the lowest branches should be the largest ones). As it now stands the top and left & right branches are too long for this style of tree, but I am allowing them to grow in order to thicken them up. Later they will be cut back to perhaps half their current length. I also removed roots that were crossing over other roots, in order to give the tree a more solid, anchored look.

I decided to include the progression of another one of my trees below: a black pine. The first photo shows the pine when I purchased it, and in the second photo you can see what the tree looks like today. At this stage I am simply allowing the tree to gain strength and vigor. I removed last year's needles, and wired a few branches into place. My main goal is to promote the growth of the lower branches, fattening them up to the point where they are eventually larger than branches above them. I also want to encourage growth in the open area just below and to the left of the apex, to fill in this gap. Later this month I will begin candle-pruning in stages, which will help encourage back-budding for even more vigorous growth next year.

Rather than continue to add explanatory information here, I'll simply add progressively new photos to the tree progressions shown below. If you have any questions, just ask!

"Many varieties of juniper make great bonsai, and they can frequently be found in residential landscaping...especially at midnight." 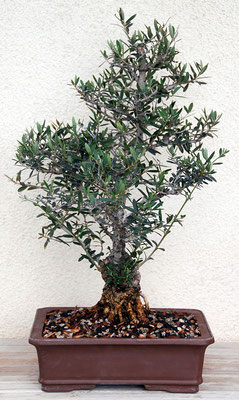 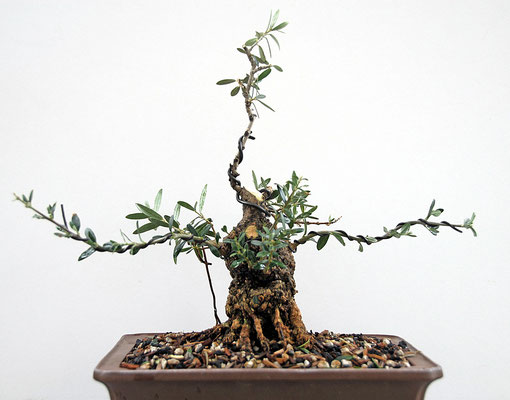 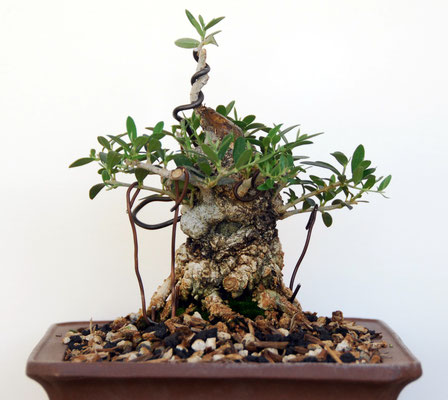 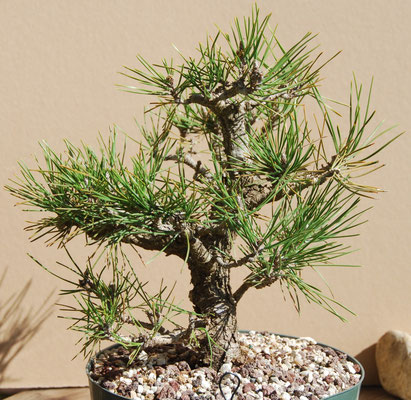 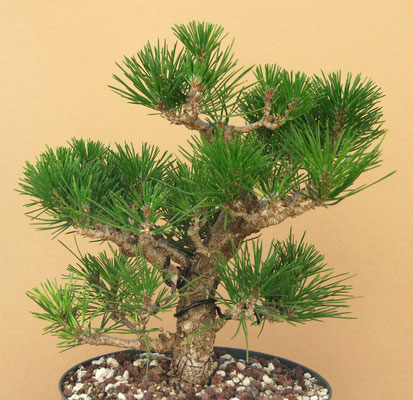 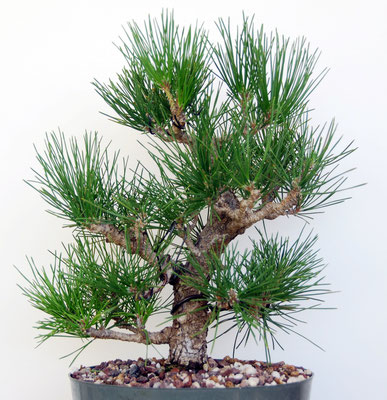 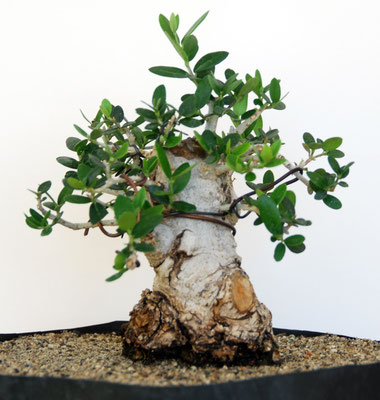 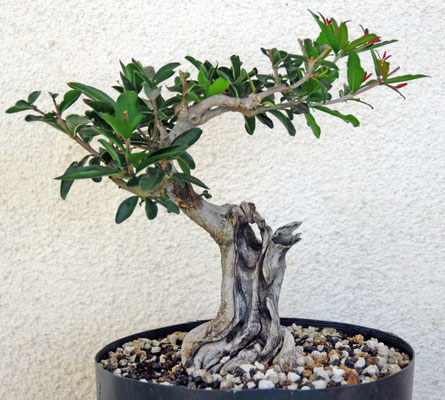 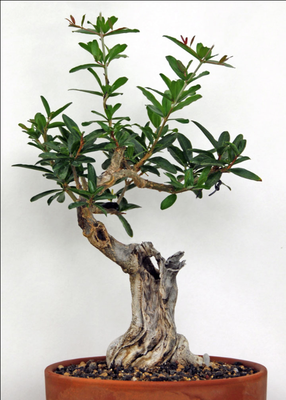 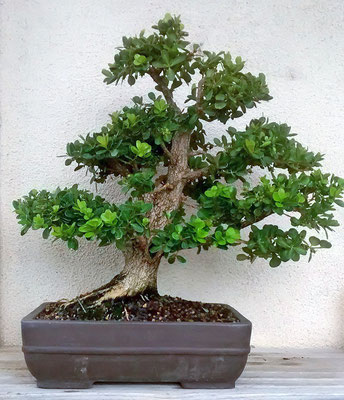 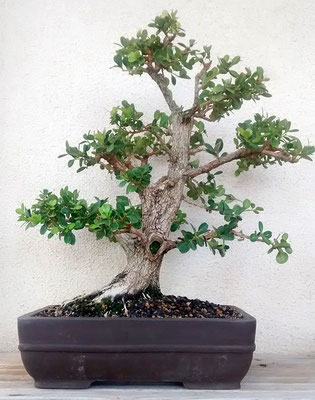 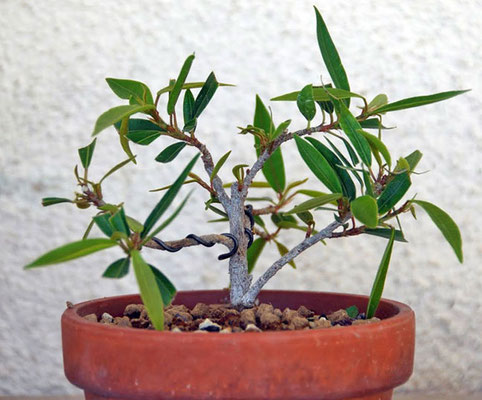 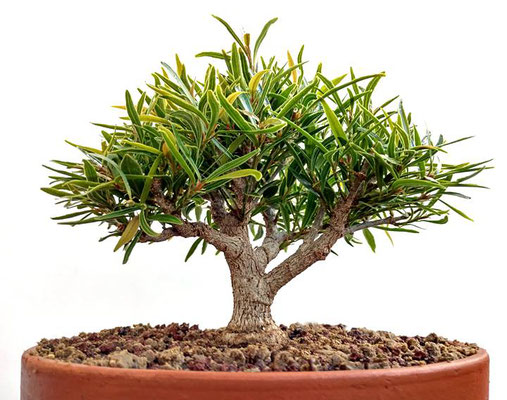